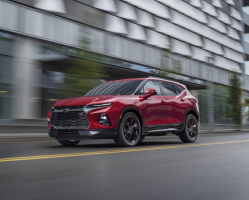 GM may have used the wrong bolts to secure the seat belts in certain the brand new 5th generation Yukon and Yukon XL. Could the new bolts work? Maybe. But when it comes time to rely on the seat belts, it's better knowing the right parts were used to tether them to the frame.